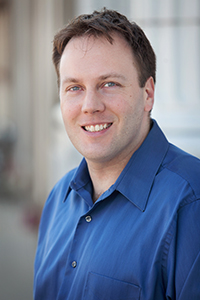 Kurt Wenger has worked a professional videographer and filmmaker since his graduation from the University of Wisconsin-Oshkosh in 2000. In 2001 he launched his award winning video and film production company, Drop Frame Productions, earning multiple Telly Awards and was the Sauk Prairie Area Small Business of the Year in 2016. Drop Frame has a reputation for quality video production and exceptional customer service.  Videography and Editing Services for Marketing, Music, Corporate & Live Events.  Kurt was the Director of Photography and Ad Editor for a locally produced TV cooking show, Cooking The Casbah, that aired on the local ABC and CBS affiliate in Madison, WI from 2005 to 2007. He has done multiple videos for international brands like NUK, America’s leading manufacturer of molded baby products, and Mueller Sports Medicine.

Kurt met his wife Jenny in 2009 and they were married and bought a home together in 2011.  Their daughter Katelyn will be 4 in the summer of 2017 and loves dance.  Kurt enjoys golf, shooting sports, and playing drums & bass for a church band.

Growing Businesses One Connection At A Time